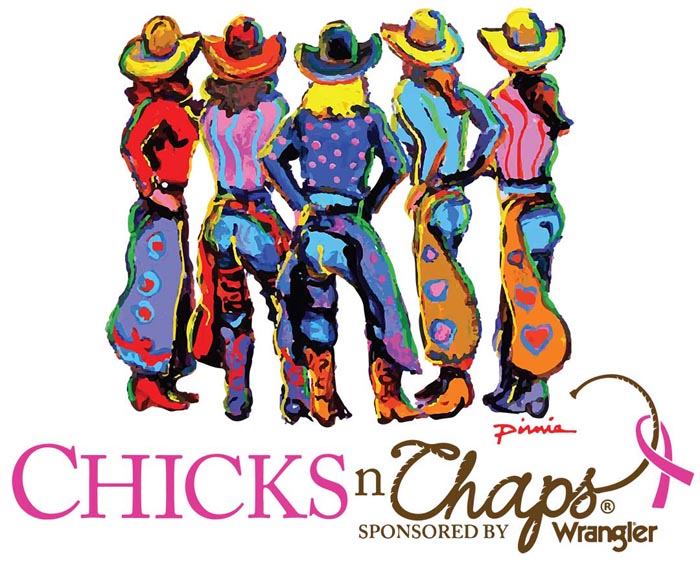 Need help (or know someone who does) with costs associated with a breast cancer diagnosis and treatment? No Chicks n Chaps chapter in your area? With the help of NFR Bull rider Garrett Smith, we are now able to broaden the scope of our reach.

PinkChaps.com is the brainchild of Idaho bull rider Garrett Smith, who, in 2022, qualified for the National Finals Rodeo for the fourth time, aided by nine event titles through the regular season. He won the first two Xtreme Bulls titles of his career this season, earning the championships in Reno, Nevada, and Cody, Wyoming.

Smith is a multi-event talent, having competed at The American as both a steer wrestler and a bull rider. He first qualified for the NFR in 2016, but it wasn't his first time inside the Thomas & Mack Center - at the 2014 championship, he served as a hazer for his older brother, Wyatt, for the final five go-rounds.

Doing something exceptional is par for the course for Smith, who became the first cowboy from the United States to win the bull riding title in the Canadian Professional Rodeo Association in just his first qualification to the Canadian Finals Rodeo in 2017. A month later at the NFR, Smith suffered a torn ACL and had surgery to repair the damage in January 2018. He had emergency surgery in May, then returned amazingly to return to the top 15 in the bull riding world standings while competing from July to mid-September, before a broken pelvis sent him back to the injured list and forced him to miss that season's NFR.

In 2019, he returned to the NFR, thanks in large part by winning the bull riding title at the RAM National Circuit Finals Rodeo. Smith also utilized a late-campaign surge, moving from 14th to seventh on the money list in the final week of the regular season.

Raised on rodeo, he is the only three-time all-around national champion in the history of the National High School Rodeo Association. He has grown into an elite professional rodeo cowboy and over time has used his platform with PinkChaps.com and Idaho Project Filter, where he spends time with youth, encouraging them to never stop short of their dreams and to make good choices by staying off drugs and tobacco.

Those influences are why he's so passionate about rodeo and about PinkChaps.com